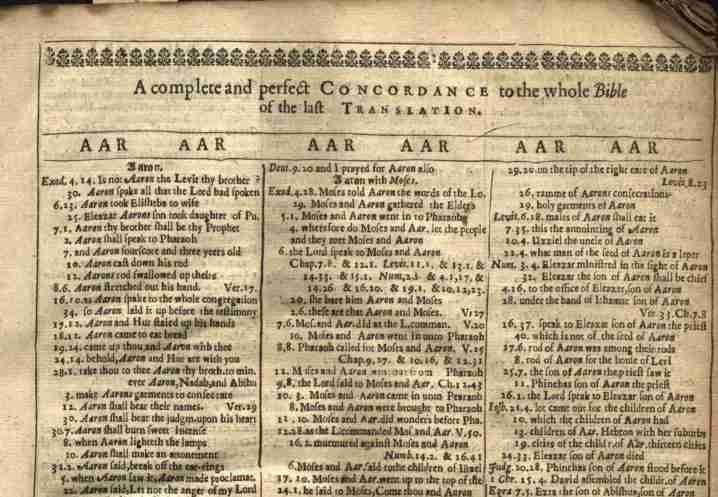 “every man a scriptural scholar”.

your bloodshot eyes frightened off many,

your mad muttering many dismayed.

What surreal contrast from an earlier

elected only for one gallows rope rescue.

– unloved but for platonic prostitute

whom you rescued from sexual slavery;

she discovered you dead with blessed Book;

What an epitaph for an earnest autodidact!

Pious people still mine meaning from

Cruden (1701 – 1770) compiled his Concordance, first ever index of key words in the Bible. He was proofreader and publisher, and also self-styled Corrector of the nation’s morals.